‘The Seventh Victim’ Is a Tragic Tale of Mental Health Content Warning: This editorial contains details around suicide and mental health that could be triggering for some.

I first tried to kill myself when I was 17. I took a whole bottle of Tylenol, thinking it would somehow pacify the chain-rattling demons prancing inside my skull. It didn’t. I just threw up a thick, black slime for an entire day. I’ve battled constantly with mental health ever since—and some days it’s like living inside a giant, swirling thunderhead. Two months ago, on a particularly depressive afternoon, I was scrolling through a list of films produced by Val Lewton and stumbled across a title of which I had never read: The Seventh Victim (1943). The film, director Mark Robson’s debut, presents itself as a witchy film noir—but it quickly morphs into a tragic tale around mental health.

Mary Gibson (Kim Hunter) is a young woman attending the posh Highcliffe Academy, a Catholic boarding school in Britain. When she’s called into headmistress Mrs. Lowood’s (Ottola Nesmith) office one morning, she learns that her only living relative—an older sister named Jacqueline (Jean Brooks), a cosmetics company owner—has not paid her tuition in six months. In fact, the academy can’t track down Jacqueline at all, and Mary heads to New York to find her sister.

Before she departs, school teacher Mildred Gilchrist (Eve March) gives her a strangely stern talking to. “Mary, don’t come back. No matter if you never find your sister. No matter what happens to you. Don’t come back,” she utters with a peculiar sadness. “My parents died when I was a pupil. I left as you are leaving—but I didn’t have courage. One must have courage to really live in the world.”

And so begins the film’s fascinatingly existential text.

With a script from DeWitt Bodeen and Charles O’Neal, The Seventh Victim opens with an intertitle inscribed with a profound line from poet John Donne’s Holy Sonnet 1: “I run to death, and death meets me as fast / And all my pleasures are like yesterday.” Death, it seems, plays as an omnipresent god throughout the film, eerily positioning the classic murder mystery as a devastating exercise in human frailty. Those struggling with mental health—as I’ve frequently done—seem to leap towards death at an alarming rate, fleeing from the squelching heat of inner anguish.

We learn very little about Jacqueline from her own lips. What we hear, from business endeavors, familial relationships, and frequent talk of suicide, is always spoken about through other characters—as if she is already a ghost wandering through life without purpose or connection to the living. Jacqueline is simply a vessel for mental health in its rawest form. With no voice or agency of her own, she is a shell of the vitality she may have once possessed. She sinks further and further into depression, and not a single person tosses her a life preserver.

Once in New York, Mary rummages through city streets for breadcrumbs that could lead to her sister’s discovery. First, she heads to La Sagesse Cosmetics, where she learns Jacqueline sold the company to former manager Esther Redi. It’s here where Mary stumbles into a young woman named Frances Fallon, who tips the newfound sleuth off to the local hot-spot, Dante’s Restaurant, where Jacqueline has purported to dine. “It’s almost as if I’ve never known my sister,” Mary laments.

Jacqueline shrouds much of her life in secrecy, including treatments from therapist Dr. Judd and a marriage to well-to-do attorney Gregory Ward. Mary forges ahead. Her investigation leads to both these men; they are prominent fixtures in Jacqueline’s life who do not or will not see the severity of her condition. Mary then discovers a startling revelation: her sister has become part of a cult called the Palladists. Mary’s descent into the dark Satanic underworld mimics that of her sister’s slump into depression.

“Your sister had a feeling about life—that it wasn’t worth living unless one could end it,” Gregory confides in Mary. He also divulges that he helped Jacqueline rent a room above Dante’s—in which is stored a single chair and a hangman’s noose. “People who commit suicide don’t talk about it,” he adds. “That room made her happy.”

Gregory’s first statement is flawed—and perhaps outright dangerous—but there is truth in the second. After I bombed an audition in college, my mental health spiraled out of control. Feeling worthless, I took a stroll to the only bridge in town, thinking of ending my life that night. That moment haunts my memories: the cool night air, the moon’s silver glow decorating my skin, and the swelling ground as I peered over the edge. I even climbed upon the railing; I had every intention of jumping but there was something in knowing I could that gave me a jolt. I could at any moment end life on my own terms. Jacqueline finds solace in that room from that same sense of control it offers.

The cult, to whom Jacqueline ran seeking compassion and community, quickly turns on her like a den of vipers. In one of the film’s most unsettling scenes, the congregation gather around her and taunt her to drink a glass chalice filled with poison. “Jacqueline, you spoke so often of ending it all. I can’t understand why this must be so difficult,” one member speaks with an icy tongue. Another chimes in, “It’s your obligation, your duty.”

Jacqueline refuses. Frances, a cult member (and also Jacqueline’s lover), collapses into tears, blubbering, “I can’t let you die!” When Jacqueline finally raises the chalice to her lips, Frances—in an act of defiance against the cult’s orders—smacks it from her grasp. In the 1940s, LGBTQ+ people could be arrested and killed for existing, and this cultural touch point offers important context for Jacqueline’s depression.

The cult eventually frees her, and she wanders back to her apartment. There, she has a final conversation with her neighbor, a terminally-ill woman named Mimi, and the film’s thesis strikes like hot iron. “I rest and I rest, and still I’m dying,” she tells Jacqueline, who replies: “I want to die. I’ve always wanted to die.” Mimi has no choice in her death, and Jacqueline has all the choice in the world.

When Mimi leaves for the night for one last hurrah (“I’m going to laugh and dance and do all the things I used to do,” she vows with weary determination), the chair in Jacqueline’s apartment clatters to the ground. She ends her life like she always wanted to. Her voice cuts over the scene, with her repeating the opening sonnet: “I run to death, and death meets me as fast / And all my pleasures are like yesterday.”

The Seventh Victim profoundly captures the tragedy that befalls so many in the world. In using horror film techniques—mood, atmosphere, murder, a cult—Robson refocuses the beautifully tragic poeticism of living and dying. Society has long made a mockery of mental illness, often casting sufferers as villains in their own story. The real horror here is neither Jacqueline nor the Satanic cult, but our culture’s sick disdain for the walking dead. 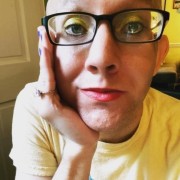