The Queer Cockroach of ‘Mimic 2’ Here’s what you need to know: I root for the monsters. Growing up gay and closeted, I always felt monstrous, like I had a secret self, a Mr. Hyde, ready to burst forth at any moment and disrupt the lives of those around me. In Monsters in the Closet: Homosexuality and the Horror Film, Harry Benshoff “presupposes a queer spectator” who chooses the monster (i.e. the horror-movie villain, sometimes but not exclusively non-human) as their entry point into a film. “Identification with the monster can mean many different things to many different people,” he writes, “and is not necessarily always a negative thing for the individual spectators in question, even as some depictions of queer monsters undoubtedly conflate and reinforce certain sexist or homophobic fears within the public sphere.” For me, it’s not a negative. Monsters are the reason horror movies exist—if we’re watching a movie and we hope the monster doesn’t do anything scary, or that all the victims live, well, the movie’s boring and then it’s over and we all go home. Where’s the fun in that?

At first glance, Guillermo del Toro’s first English-language film Mimic doesn’t seem like a particularly queer text. The movie is about a disease outbreak spread by cockroaches; in order to exterminate the roach population, scientists develop a new species of insect called the Judas breed. The insects are genetically bred to die off quickly, but something goes wrong, and in the space of a few years the new cockroaches have undergone tens of thousands of generations. Their turbo-charged evolutionary timeline has allowed them to grow larger and larger, until they are human-sized, able to mimic their biggest predators—mankind.

And, sure, Mimic isn’t a queer text. Its straight-to-video sequel Mimic 2, though, is ripe for a queer reading. This movie is much sillier than the original, which means that, in many ways, it’s more fun (Del Toro’s Mimic takes itself a bit too seriously for a movie about killer human-sized cockroaches who look like they wear trenchcoats). Mimic 2 is basically a retread of the first film—one might be tempted to say that it’s mimicking the first movie. Once more, a female scientist uncovers the existence of a surviving Judas breed cockroach, and she must then band together with a cop in order to destroy the bug once and for all.

This time around—perhaps for budgetary reasons—there’s only one bug left, seemingly the only one that survived the subterranean inferno at the end of the first film. The bug fixates on the lady scientist, here a teacher named Remi (Alix Koromzay). Remi has trouble with men, and before she knows what’s happening, a number of men she’s come into contact with start to turn up dead. Moreover, they’re totally eviscerated, their skin peeled from their bodies. What the movie lacks in creature count, it makes up for in gore.

Naturally, Remi’s connection to the string of victims catches the attention of the local cops. In a scene at the police station, we get our first inkling that—my regards to Alexander Doty—there’s something queer here. One cop, Klaski (Bruno Campos), is intrigued by Remi. His colleague Cleeland (Jody Wood), however, thinks he has the whole thing figured out. “So, she’s your basic predatory lesbo,” he proclaims. “She’s a babe, A. B., she don’t like guys. C., she rips their fuckin’ faces off. Ergo, lesbo.” He’s playing into a longstanding trope in film of the man-hating lesbian villain who presents a danger to (heterosexual) men. It’s played like a joke, like he’s an out of touch asshole—after all, Remi seems to be straight, and we also know she’s not the killer.

But… what if he doesn’t know that he’s right about the killer, and he just has the wrong suspect? “Since the demands of the classical Hollywood narrative system usually insist on a heterosexual romance within the stories they construct,” Benshoff writes, “the monster is traditionally figured as a force that attempts to block that romance. As such, many monster movies… might be understood as being ‘about’ the eruption of some form of queer sexuality into the midst of a resolutely heterosexual milieu.” The cockroach clearly has a fixation—a crush—on Remi, as she realizes when they come face to face and she is allowed to live; she theorizes that the cockroach is killing the men it views as competition for her affections. That’s certainly a queering force, if nothing else.

It’s not the only queer aspect at play. In Del Toro’s Mimic, we learn that the Judas breed have evolved so that there is only one virile male in the colony, and that he looks different from all the female cockroaches that do his bidding. This is a sexually dimorphic species, we are told; only the female cockroaches have wings.

And the cockroach in Mimic 2 has wings.

This is never directly acknowledged by the movie, and it’s unclear whether this is an intentional way in to the film’s queer-possible subtext or if it was simply an accident; this would hardly be the first low-budget sequel that failed to grasp the intricacies of its predecessor’s mythology. It’s also possible that the breed has evolved again in the years since the last movie—in fact, that has most definitely occurred, as we’ll get to in a moment. However, I choose to believe that—intentional or otherwise—we should read the killer cockroach in Mimic 2 as a queer monster. After all, the third film in the series, Mimic: Sentinel, once more reifies the winged/non-winged distinction between female and male Judas breed cockroaches. It stands to reason, then, that the killer cockroach of Mimic 2 is definitely female. A “predatory lesbo” after all, we think. You go, girl.

But that’s not quite what’s going on, either. Like a lot of horror films, Mimic 2 withholds a clear look at the monster until the final act. It’s easy to be frustrated by this; after all, we’ve seen what the Judas breed cockroaches look like in Mimic, so why hide them from us now? We may find ourselves chalking it up to budgetary restrictions until we learn the reason: the cockroaches look different now. They have evolved. Remi deduces that they have managed to develop an ability to not just mimic humankind more broadly, but to metamorphose into specific humans. The cockroach that’s after her—the cockroach competing for her affections—takes on a grotesque approximation of the human faces of the men it has killed.

The queer cockroach of Mimic 2 isn’t a “predatory lesbo” after all; the queer cockroach of Mimic 2 is trans. Or, at the very least, the trope the cockroach is playing into is that of the cross-dressing killer. (They are very much not the same thing in real life, but in a film as confused as Mimic 2, they may as well be functioning in the same way). In the film’s final moments, the cockroach advances on Remi, its not-quite-male face in full view. It looks almost human, its skin glistening, but something’s not quite right. Its eyes, for one thing, are frighteningly blank.

As Benshoff notes, making sexual minorities into monsters may result in negative consequences overall. “[Films with overtly queer villains] have perhaps done much to cement into place the current social construction of homosexuals as unnatural, predatory, plague-carrying killers, even as they also might provide a pleasurable power-wish fulfillment for some queer viewers,” he writes. Mimic 2 wants us to be horrified by the idea of an insect mimicking a human face, but tied in with this is a subliminal fear about evil monsters who can cross boundaries of gender, not just species. That’s a profoundly unsettling concept to hegemonic structures of masculinity. What is a man if he might “secretly” be not just an insect, but a woman? And which is scarier?

In “discovering” the female-ness of the cockroach by examining its sex characteristics, are we simply replicating harmful prejudice wrought upon real-life trans people? Perhaps, but I don’t think so; this is reclamation, not condemnation. What straight people choose to do with this isn’t something I can control. Still, that worry might make it more attractive to conclude that the fumbled gender of the cockroach is simply an accident, so we can avoid thinking about its implications. But here’s the thing: I like the trenchcoat cockroach. It’s oddly sweet! It loves Remi so much that it gives her pizza! (Like I said, this movie is rather silly).

So I’m sticking to it. Doty, after all, writes, “Queer readings aren’t ‘alternative’ readings, wishful or willful misreadings, or ‘reading too much into things’ readings. They result from the recognition and articulation of the complex range of queerness that has been in pop culture texts and their audiences all along.” As I said in the beginning, I root for the monsters. Mimic 2 may not recognize that its monster is queer, but it doesn’t have to; queer audiences can see it, in all its messiness and confusion, and we can choose to love it anyway. 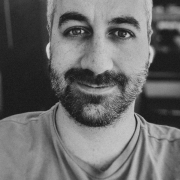