In 2007, horror was at a crossroads—and few films captured this intersection quite like 100 Tears. 100 Tears is a splatter film directed by Marcus Koch, perhaps best known as the director of the phenomenal American Guinea Pig: Bloodshock. At first blush, the film is simple: give a clown a cleaver and watch him go to town for 90 minutes. But pay close enough attention to the relationship between the film’s two main characters, and 100 Tears reveals itself to be a clever reflection of the changing nature of the horror genre as a whole.

The first killer is Gurdy, the killer clown mentioned above. He never speaks. He never hesitates. Gurdy kills his victims quickly and with the biggest meat cleaver money can buy. His kills are splashy and fast, reminiscent of classic splatter films from Olaf Ittenbach (Beyond the Limits) and Juan Piquer Simón (The Rift). Gurdy’s antagonism harkens back to silent slasher protagonists like Jason Voorhees and indulges in gore gags similar to Freddy Krueger. Gurdy’s very much a comfort food villain, and his antics carry most of the film. However, soon a new killer is added to the fold.

Late into 100 Tears, we are introduced to Gurdy’s estranged daughter, Christine. Writer Joe Davison initially keeps her relationship with the killer a mystery; eventually, it is revealed that Gurdy had Christine with another carny before being driven out of the carnival. Christine is also a serial killer. Unlike Gurdy, her kills are protracted, and she enjoys the pain almost more than the kill itself. Where Gurdy acts for the sake of the kill, Christine kills to cause suffering, deriving visible enjoyment from the act. Eventually, the differences in their styles force a wedge between the two, and Christine shoots Gurdy “dead” in the film’s final moments.

This tension between father and daughter is an unexpected change in tone. Soon, though, we recognize this as a conscious transition from a splatter mold into the more extreme style recognizable to horror fans of the early 2000s. 100 Tears even goes so far as to change the filmic approach when we alternate between Gurdy and Christine. Shifts between subgenres are often given a light hand in the horror genre; a rapid back-and-forth is much more noticeable.

100 Tears was released in 2007. Two years prior, Hostel became a sensation that spawned several more extreme films alongside Saw. This style of horror was ascendant just as the splatter film was going into remission. Splatter had been the pinnacle of gorehounds for quite some time, and the shift to the extreme wasn’t without its detractors. Nevertheless, extreme horror and splatter exist in tandem and are often very complimentary. They coexist easily and fulfill their separate niches, even as their respective popularities wax and wane.

And the father-daughter relationship between Gurdy and Christine is no mistake. Gurdy represents the older slasher subgenre, while Christine is reflective of the new trend in horror. The tension between the two characters literalizes the generational tension between horror subgenres. Old and new clash, bringing your attention to the construction of the story. The symbolic worth of these characters takes on an added historical depth.

This difference can also be seen in how the murders are laid out onscreen. When the characters enter the crime scenes for Gurdy’s murders, the screen is filled with buckets of blood. When we first see Christine’s victim, he appears to be sitting behind the wheel of his car until a flashlight beam illuminates his face, showing the blood leaking out of his neck. Gurdy’s crimes are lit brightly and show everything, drawing the viewer’s eyes to the blood and gore. Christine’s murders hide details in plain sight until they’re illuminated by the curious.

The Cyclical Nature of Horror

Christine eventually shoots Gurdy, leaving him dead in his warehouse basement hideout—in effect, the extreme genre taking over for the splatter genre once again. Gurdy has been the main antagonist and seeing him abruptly dispatched drives a certain feeling of finality. With his death, Christine takes over the mantle of primary villain. The tension is relieved with this event, settling the film back onto a singular path. The younger genre has supplanted the old, leaving his body decaying in the darkness of the basement. As she steps into the light of day, she is in control and moving towards the future.

On her way out of the building, Christine decides to hitchhike to get to her next victim. Unfortunately for her, the car she attempts to flag down is driven by Jennifer, one of the film’s protagonists. Jennifer had been left for dead after being tortured in a basement. The motorist runs Christine over, killing her in an overtly splattery sequence that ends her rampage. This action points to the cyclical nature of these two subgenres. “The torture porn thing ran its course in the mainstream,” director Marcus Koch explained upon the film’s release. “I feel the practical FX-heavy films I grew up on are coming back, and even if it’s for a few short years, I’ll be happy.”

Like the film, the director himself is conscientious of the cyclical nature of horror subgenres. This final sequence can be seen as an onscreen depiction of this cycle. Each era is supplanted by the other, with new and unexpected changes in the future. You only need to look at a film like Freaky or the upcoming 2022 Scream to see how the genre has roared back into the public eye. 100 Tears was made in an uneasy moment when slashers and splatter films were out, torture was heading that way, and no one knew what was next.

Eventually, splatter would climb back to the top, and extreme horror would go into remission. Even more relevant is the fact that the woman who escaped is one that Christine herself failed to kill. She tortured her over an extended period and left her for dead. The pleasure Christine takes from inflicting suffering eventually gets her killed, much like how the Hostel-inspired films would implode as a mainstream genre in the coming years.

This leaves 100 Tears back at square one, with no subgenre victorious over the other. The only triumph is for the protagonist—and, by extension, the viewer. The two subgenres have vied for supremacy through the characters of Gurdy and Christine. Still, the cyclical nature of the horror genre has left no winners or losers. When the film was shot, they couldn’t have known what the future held. Much like Jennifer driving away in the sunlight, we can always look forward to what comes next. 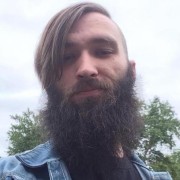 John writes predominantly about extreme and shot-on-video horror, but mostly he just loves film. You can catch him espousing the virtues of the zero-budget or arguing about metal.