Sion Sono is one of the more prolific Japanese directors, with over 50 films and television shows to his name since he started in the mid-1980s. Both a poet and a filmmaker, Sono found some success after the release of Suicide Club in 2001, his film that tackles the high suicide rate in Japan. The film’s most iconic scene is its opening, where 54 high school girls commit suicide at Shinjuku Station. Suicide Club became somewhat of a cult hit, appearing on many J-Horror roundup lists.

It’s no accident that Sono utilized the female body to explore Japan’s high suicide rates. Even before Suicide Club, Sono’s fascination with women’s bodies was ever prevalent in his work, from his one-hour single location experimental film I Am Keiko to the pink film he directed and starred in, Teachers of Sexual Play.

In Sono’s world, women hunger for sex and men are controlling monsters. Young girls are usually preyed on by disturbing older men, and young boys are largely controlled by their perversions. His work is comparable to Takashi Miike’s when it comes to schlock, and both men are at the forefront of a cinematic movement in Japan that rejected the confines of what films in their country should look like.

For Sono, women are the key to this seedy truth. On multiple occasions, he’s mentioned that while he loves women, he also fears them. On-screen, he frees their bodies, giving women complete sexual liberation. But his thesis is constantly in flux, because he cannot escape his own greedy male gaze, and thus constantly struggles with having his (cheese)cake and eating it too.

A large majority of Sono’s work features women breaking down the patriarchy, and asserting their sexual freedom. Many of Sono’s characters have horrendous, abusive fathers, and on occasion their mothers are complicit, absentmindedly ignoring how their daughters are being traumatized at their father’s hand.

Strange Circus is his most exploitive, revolving around a story written by a famous author about a  young girl who is repeatedly sexually abused by her father, and the mother who is driven mad by it. The villainous father figure is obsessed with status quo and gender roles, which leads him to destroying his picturesque nuclear family.

Strange Circus gives Sono an outlet to explore gender identity and the destructive nature of gender norms. In the film, the young child who is abused eventually transitions to Yuji, who needs to kill both of his parents to truly be set free, and in the end, he does just that in a fantasy surrounded by a circus full of Drag Queens.

But with that rejection also comes exploitation, not unlike one of Sono’s favorite filmmakers, Paul Verhoeven.

Take Guilty of Romance: a film that follows three women, all distinct in external personality, but internally they each have a hunger, driven by their desire to be sexually submissive. It’s not unlike Luis Buñuel’s Belle de Jour, particularly with the character Izumi, a young housewife bored at home who finds herself working in the sex industry while her husband is away.

Antiporno is perhaps Sono’s most reflective piece. The film opens with Kyoko, a hungry artist. While being interviewed for a prominent magazine, she sexually torments her submissive and naive assistant. But at the halfway mark a male director yells, “Cut!” revealing that the women are performing for a pornographic film and that in reality their roles are reversed.

Guilty of Romance and Antiporno are intertwined. Both films are drenched in bright neon-like colors, and feature women who have unfulfilled submissive yearnings. These films serve as vehicles to renounce sexual oppression, but even so, their exploitive nature is hard to deny. Try as he might to escape it, Sono will always be the cisgender man behind the camera, shouting, “Cut!”, even while sexually freeing his women on screen. Sometimes, though, Sono manages to find a happy medium.

Exte is Sono’s response to J-Horror’s resurgence in the late 90s and early 2000s. He plays within the confines of the popularized genre and uses Japan’s classic ghost, the yurei, to explore the fetishization of hair. Sono pits hairstylist Yuko against disturbed tricophile Yamazaki, who uses the body of a murdered girl to extract perfect extensions that he sells to local salons.

In similar fashion, Sono’s love letter to cinema Why Don’t You Play in Hell gives us Mitsuko Muto, who is a stand-in for the often fetishized strong woman you generally see in action films. Mitsuko drives many of the male characters in the film, from a yakuza gang leader’s pedophilic obsession with her to her father’s demand that she become a famous actress to make her mother happy in jail.

Perhaps Sono’s most powerful female character is Love Exposure’s Yoko, who is often dressed up in Virgin Mary imagery. In Twelfth Night fashion, she falls in love with male protagonist Yu Honda’s Drag persona, “Miss Scorpion,” which brings her to the realization that she is attracted to both men and women, which makes her a powerful queer character.

Unlike Guilty of Romance or Antiporno, sex is not what drives the women of these three films. In fact, in both Love Exposure and Why Don’t You Play in Hell, Sono pushes the men in love with these women to the edge of self reflection, ultimately embracing their partners as strong, powerful women.

In Sion Sono’s universe, women are constantly searching for body autonomy, and he provides his actresses a space to reject societal norms. In a world where women are often told they aren’t allowed to have control over their own bodies, Sono’s women are free to choose their own path, and it’s a beautiful thing to behold. 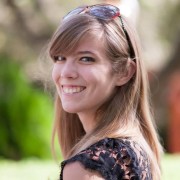