Stephen Susco’s Unfriended: Dark Web is a sequel to its predecessor by name only. Where Levan Gabriadze’s Unfriended was both Screenlife and supernatural horror, Susco’s film can only be classed as the former. Instead of using any demonic threat, Unfriended: Dark Web grounds itself in reality. It uses the terror of technology to unnerve its audience. In doing so, Susco highlights the possible consequences of misusing the internet. Approaching it from this more societal angle results in his film becoming both a cautionary tale and an interesting foresight into ever-evolving online worlds.

Taking place entirely on a laptop screen, Unfriended: Dark Web follows a group of friends as they have a virtual game night via Skype. However, one of the group — Matias (Colin Woodell) — reveals that the laptop he’s using is stolen. In addition to this, he discovers that the laptop has access to the dark web. The group subsequently uncovers a criminal ring of child traffickers and cyberhackers who are watching their every move. Predominantly communicating with Matias, they threaten to kill the entire group if they go to the police or leave the call.

The dangers of technology are addressed often on screen. Countless films (like Prometheus, Ex Machina, or Upgrade) see artificial intelligence wreaking havoc on their creators. On the small screen, Charlie Brooker’s anthology series Black Mirror speculates on the perils of where technology is leading society. However, both Black Mirror and the aforementioned films vary from Unfriended: Dark Web in that they are set in the near future. Upon release, Unfriended: Dark Web unfolds in present-day 2018. It uses available technology at this time and respects contemporary settings that only serve to heighten its horror.

Much like the variety of protagonists in Black Mirror, Susco’s characters represent a generation that are comfortable with technology. Using Skype to socialize, the group’s intention is to host a virtual game night — something that many viewers will have done themselves. Retrospectively it feels particularly natural considering how commonplace virtual quizzes have now become, entirely due to the COVID-19 pandemic and its ensuing lockdowns. These characters use the technology available to them to communicate for several reasons and their comfort in doing so is abundantly clear.

Be that as it may, Skype literacy isn’t enough to qualify someone as being especially tech-savvy. Several members of the group demonstrate a deeper understanding and utilization of technology throughout. Matias is developing a sign language app in order to better communicate with his deaf girlfriend, Amaya (Stephanie Nogueras). The very theft of the laptop is motivated by Matias’ need for more sophisticated technology. Another member of the group, Damon (Andrew Lees), is skilled in computer programming. And a further of Matias’ friends, AJ (Connor Del Rio), is similarly well-read on all things internet-based, heavily leaning into conspiracy theories.

In one scene AJ asks his friends: “Why do you think Facebook and Twitter are free?” He goes on to answer his own question, exclaiming: “Because you’re the product.” It’s no secret that these companies sell users’ data to third parties, and what do the users get in return? The use of the platform for free. The truth in AJ’s answer is one of the many reasons why today we’re seeing increasing advocacy for the next iteration of the internet. This iteration is more commonly known as Web 3.0. Claims exist that we’re already in the dawn of this decentralized version of the internet and its accompanying token-based economy.

AJ’s opinions on social media are only the first example of Unfriended: Dark Web’s forward-thinking towards technology. When the events of the film move deeper into the dark web, it’s here that we see some potential features of Web 3.0 in action. The decentralized nature of this unsearchable part of the internet has parallels to the concerns that some have about Web 3.0. With low levels of moderation, there’s an increased likelihood of harmful content. This is something AJ discusses when the group first discovers the access to the dark web, citing many nasty examples.

Later the group makes a connection between the name on the Facebook profile on the stolen laptop and criminals they encounter on the dark web. It’s a reverse spelling of the username the criminals use on the hidden message board that the group now has access to. The Facebook user has done this to identify himself in a covert way that conceals his real identity, but makes his membership clear to others the same as him. This is only a small example of the more encrypted culture of communication that’s taken advantage of in this area of the web.

The hopes with Web 3.0 would be that a more streamlined approach would occur, rather than having a different profile for each website. Part of this could include having a non-fungible token, or NFT, as your profile picture. This marks your membership in, say, the now-infamous Bored Apes Yacht Club or a similar blockchain-based collection. This is a feature that’s becoming increasingly normalized. Twitter has even recently introduced NFT profile pictures, asking users to connect their crypto wallets to use the feature.

The use of cryptocurrency is a crucial component of the dark web. Both in the film and in real life, it’s how criminals conduct their business, with leading cryptocurrencies Bitcoin and Ethereum both mentioned. The use of this currency would be the norm in Web 3.0. Here we see how cryptocurrency has contributed to the expansion of the dark web and how it has subsequently contributed to cryptocurrency’s increased usage. Its connection to NFTs is also noteworthy, and part of the reason why they have attracted criticism. Despite negatives such as harmful carbon footprints, NFTs are only rising in popularity thanks to endorsements from celebrities. And much like the dark web’s need for this currency with no central authority, NFTs are creating more demand for this too.

Whilst celebrities contribute to the growing trend of NFTs, they’re also central to another seemingly inescapable trend in today’s society: “cancel culture”, or at least the illusion of the concept. Offensive comments can see individuals face consequences such as the loss of status, jobs or opportunities. It’s interesting then that it’s the manipulation of AJ’s old comments that is his eventual downfall. In possibly the most creative and terrifying sequence of the film, the cyberhackers take advantage of his passion for speaking his mind regarding conspiracy theories.

The hackers manipulate audio from AJ’s YouTube videos where he openly shares his opinions. They chop together segments of his audio to create a fake 911 call. This suggests that AJ is going to carry out a mass shooting. They then hack into his speaker system and play a shotgun sound effect. The authorities, believing him to be armed, open fire. His “cancellation” is of an entirely more permanent kind than, say, the white middle-aged comics who often claim to be the victims of cancel culture. Although the context differs, there are similarities between facing consequences from things you’ve said on your social media and the deadly manipulation of AJ’s words here.

It’s very much up for debate whether or not Web 3.0 is a positive or negative development, or even if it’s anything more than a tech buzzword. However, in a censorship-free web, there would always be danger. Unfriended: Dark Web inadvertently highlights this misuse, setting itself aside from the original film. Beyond the unique ideas it presents, Unfriended: Dark Web also serves as somewhat of a prediction for the technologies and attitudes that would become more commonplace. Overlooked upon its release, revisiting Stephen Susco’s cautionary digital tale now alludes — intentionally or not — to the potentially harmful technologies and cultures that would go on to characterize much of a new generation in the years after its release. 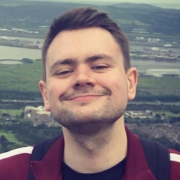 Hamish is a freelance entertainment writer with a particular love for all things queer and camp. His writing hero is the incomparable Gale Weathers.