Vampires, Horror, and the Cinema of Caregivers Even the healthiest family dynamics can sometimes be emotionally and physically draining. Society insists that one must feel obligated to their family; this is often paired with the crushing pressure that comes from within families. Familial themes are a staple of horror films because that’s where many people’s real-life horror begins. And perhaps no aughts horror film captured this macabre family fare quite like The Hamiltons, an all-but-forgotten vampire flick that draws on family strife and burdens. When compared to My Heart Can’t Beat Unless You Tell It To — 2021’s indie slow-burn beauty — these vampiric films of familial devotion and destruction reveal distinct overarching themes of siblingship in relation to the phenomenon of caregiver burnout.

The Burden of Horror

Both sets of siblings in The Hamiltons and My Heart Can’t Beat Unless You Tell It To are orphaned. They have no one outside of their siblings to offer them support. The Hamilton family is still reeling from the accidental deaths of their matriarch and patriarch, both of whom provided all that was needed for their vampire brood. The eldest sibling, David (Samuel Child), is barely keeping twins Darlene (Mackenzie Firgens) and Wendell (Joseph McKelheer) in line — much less angst-stricken Francis (Cory Knauf) and bloodthirsty kid sibling Lenny (Nicholas Fanella).

David Hamilton bears several striking similarities with Dwight (Patrick Fugit), the elder sibling of My Heart Can’t Beat Unless You Tell It To. Dwight and David shoulder the emotional labor of holding their families together — even at the expense of their own lives and desires. David is realistically frustrated with the demanding nature of being the new family patriarch, navigating the role with little grace. Dwight is being crushed by the demands of his own family as well. Dwight and David have pressure put on them by their siblings. Dwight must contend with the adopted cruelness of Jessie (Ingrid Sophie Schram); David must constantly confront the twins. The personality clashes between siblings create friction in already fraught relationships.

The Caregiver of The Hamiltons

David is on the brink of what’s known as caregiver burnout, where the caregivers’ needs are not met. This can cause emotional, mental, and even physical exhaustion. Caregiver burnout isn’t a new concept to those who are charged with the care of someone. Teachers, nurses, and family members often experience this phenomenon. This is where a real-life thread of horror lies within the films. Characters are torn between their own mental ennui and exhaustion, imprisoned by devotion to their families and their precarious dynamics.

For most of The Hamiltons, David is hanging by a thread of frustration. David is the new patriarch and the family’s primary breadwinner. He is often irritable with Francis and struggles to do right by his siblings in the wake of their parents’ deaths. He seeks comfort and escape in one-night stands with random men, which ends in David giving into his thirst for blood and his lover becoming a meal. It’s implied that David feels deep shame over his needs for human connection and ultimately human consumption because he attempts to keep these encounters hidden. David denies his urges as a means of keeping his fraught family façade in place.

David is often shown spreading himself thin to create the illusion of a family that is loving, devoted, and above all normal. This includes cooking breakfast for a highly ungrateful Francis, who doesn’t seem to notice how David is trying his best to be a good and present caregiver. This leads to David lashing out and Francis in turn playing up his sulky teen act. David’s mental state has no room for Francis’s own angst, and he understandably snaps under the weight of obligation.

Meanwhile, David’s siblings Darlene and Wendell Hamilton are violent and uninhibited in their vampiric nature. They aren’t ashamed of the bloodshed that they partake in, seeing it as a means to an end. This compounds David’s burnout. The twins are often causing trouble, namely murdering people gruesomely and resulting in the family having to move. The continual conflicts between the siblings’ ripples throughout the family. There is a split between values that is palpable and thus adds to David’s strain. Instead of being the people David can turn to for support in his frustration, they compound it. The nature Darlene and Wendell’s incestuous relationship leaves David even further closed off.

To make matters even worse and on top of constantly fighting with Darlene and Wendell, David has the matter of keeping custody of Francis while caring for Lenny, who is going through a phase of feral bloodlust that is apparently endemic to the vampires of The Hamiltons. A social worker often checks in on Francis and sometimes even stops by to have dinner with the family and assess the situation from the inside. David tries to make these encounters proceed as smoothly as possible, but with an angsty teen who has a rebellious streak and a set of bizarre twins, David can only do so much. Then there’s the matter of providing blood not only for the family but for a rapidly growing child that requires more blood than usual. David’s life is a mélange of stress and death with no foreseeable end in sight since he is integral to the survival of their family.

Francis becomes infatuated with one of the girls that Wendell kidnaps. The girls are kept in the basement until David and Wendell can drain them of blood for the family. Francis’s attraction and burgeoning feelings for the girl — named Samantha (Rebekah Hoyle) — compound the family’s already seemingly insurmountable issues. Francis and Samantha’s tenuous bond sets up the family for later disaster and for Francis to finally come to terms with his vampirism, but it brings about a tender moment for David and Francis. David, being the most emotionally sound of siblings, is the one who comforts Francis after the latter accidentally kills Samantha.

The Caregiver of My Heart Can’t Beat

Dwight himself is well within the throes of caregiver burnout in My Heart Can’t Beat Unless You Tell It To. The demands of his family are too great, and his mental health is duly affected. This is shown in the beautifully uncomfortable Christmas in April karaoke scene where he emotionally sings the song “I Am Controlled by Your Love” by Helene Smith. The film’s title is derived from a line in this song, signifying the suffocating devotion he feels at the hands of those he loves most.

Not unlike David, Dwight seeks solace with others to disastrous results. He has a long-standing relationship with a sex worker who operates out of a nearby motel named Pam (Katie Preston). The relationship he shares with Pam provides him with warmth, reprieve, and release. Pam is his hope for a better future, one that doesn’t involve Jessie and the sickly Thomas (Owen Campbell). Dwight is torn between the life he leads and his possible future. However, this complicates Dwight’s dynamic with Jessie, who unsubtly judges her brother for seeking bonds outside of the family.

Jessie is taciturn, but she is just as ruthless as the Hamilton twins Wendell and Darlene. Jessie puts her family, especially young Thomas, above all. Jessie herself does not suffer from vampirism, but she is nonchalant about murder and her younger brother’s need for blood. The needs of the families trump their victims’ humanity in the films. Jessie comes into conflict regularly with Dwight and the pressure he feels from her when caring for Thomas. Dwight never quite measures up to Jessie’s horrifically high standards.

Jessie cares for Thomas with complete devotion — helping him bathe, teaching him, and spending time with him. Thomas is arguably the center of Jessie’s world, and she expects Dwight to have the same level of unwavering fidelity to Thomas as she does. This is perhaps why Jessie chooses to cruelly murder Pam as Thomas’ next meal. The murder serves as a message to Dwight that family is first, and his needs will never come before Thomas’.

The tenuous bonds that held their family together are successfully severed when Jessie dies due to Thomas’ own foolhardy nature. Dwight is left with a choice that seemed like a faraway dream, he finally has the choice to leave, but there is still Thomas to look after.

The resolutions of The Hamiltons and My Heart Can’t Beat Until You Tell It To is where the films diverge in message. The end of The Hamiltons shows the family unit as whole and stronger than ever. They are now coping better with being vampires and the deaths of their parents. Their togetherness is tied to their survival, and family is looked at as a blessing, something to provide people with support in times of hardship. For a film with such gory and often racy content — after all, Darlene and Wendell are sleeping together — it’s a rather wholesome message. The family has moved and reinvented themselves as the Thompsons. David seems happier and more carefree than he did when viewers met him at the beginning of the film.

The ending of My Heart Can’t Beat Unless You Tell It To sees the family unit disintegrate. Dwight makes the choice to leave Thomas behind and never come back, but before he can leave town, he sees a family at the diner and is filled with remorse. He returns home to Thomas, who is wracked with guilt from Jessie’s death. The brothers reconcile before Thomas asks Dwight to expose him to the sun, which will kill him. Dwight honors his brother’s wishes. The film closes with Dwight taking a solo trip to the beach and finding peace. The ending is bittersweet and speaks to the film’s deep meditation on the toxicity of overbearing familial obligation. 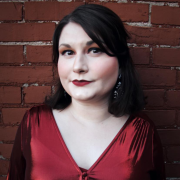