Here at Certified Forgotten, we’ve been known to cast a pretty wide net when it comes to the definition of horror. Not all films that deal with dread or terror fit neatly into the horror carousel on a Netflix page. Sometimes, some of the movies that hit the hardest are the ones that sidestep most genre conventions entirely.

READ MORE: ‘The Hold in the Ground’ Finds the Irish Horror in A24

One such film is John Carchietta‘s Teenage Cocktail, a 2016 thriller that explores what happens when a pair of high school lovers cross paths with a possessive fan who demonstrates the worst elements of toxic masculinity. For those who live their lives even semi-publically online, Teenage Cocktail is a far more frightening and realistic outcome than any number of movies about killers in the woods.

READ MORE: Exploitation and Empowerment in the Films of Sion Sono

In this new episode of Certified Forgotten, the Matts are joined by writer BJ Colangelo to discuss the ways in which Teenage Cocktail both subverts and uplifts the coming-of-age formula. The team also discusses how Teenage Cocktail avoids some of the more common mistakes with lesbian love stories.

You can rent Teenage Cocktail on Amazon or Apple TV. Check out the rest of our podcast episodes on our Podcasts page. 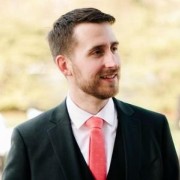