Queer Horror in ‘Knife + Heart’ and ‘Stranger by the Lake’ In the last few decades, and particularly since the 2010s, queer horror has become more prolific and more visible. For every coded character or relationship, there’s a corresponding loud and proud member of the LGBTQIA gracing the screen. When it comes to sexuality, however, the acknowledgment of the sex lives of characters is stubbornly trapped in the past.

It’s the cinematic equivalent of “Don’t ask, don’t tell.” These characters may announce their sexuality, flash some pride flair, or gaze suggestively at their object of affection, but they rarely kiss or touch. And they certainly don’t fuck.

This is hardly surprising given the puritanical, borderline hysterical rhetoric surrounding bodies and nudity in North America. The stranglehold over movie ratings maintained by the MPAA – a group of religious and conservative hypocrites – practically guarantees that nary a dick, a good scissoring session, or some butt play will flicker across the screen.

As a queer horror fan, this is frustrating. Compared to other genres, the sexual politics of horror movies are typically far more progressive and avant-garde. And yet, when I go searching for dick or hot and heavy man-on-man action in my horror, I usually come up short…unless I turn my attention overseas.

For women attracted to women, there are two excellent texts: The Handmaiden (Park Chan-wook, 2016) from Korea and Good Manners (Marco Dutra & Julia Rojas, 2017) from Brazil. And for boys who covet other boys, the best options are Knife + Heart (Yann Gonzalez, 2018) and Stranger by the Lake (Alain Guiraudie, 2013). Both are French films made by out gay directors that showcase male desire and sex in explicit detail.*

Stranger by the Lake is set at an indeterminate time and follows Franck (Pierre Deladonchamps), a sociable young man who frequents a gay cruising beach and the surrounding woods south of Provence. Franck doggedly pursues a sexual relationship with Michel (Christophe Paou), an attractive mustached stranger. Their relationship becomes physical after Franck sees Michel drown another man, culminating in Michel’s murder of Franck’s beach friend Henri (Patrick d’Assumçao), as well as an Inspector (Jérôme Chappatte) investigating the crime.

In both of these texts, sex is par for the course, although engaging in M/M sex is virtually guaranteed to lead to an untimely death. It’s not just that there is a cost for engaging in “risky” behavior such as cruising or anonymous sex; these films actively weaponize the desire for a little good “D.” Are you a cock hungry queer? If so, beware: these films suggest that your predilections can and probably will be fatal.

Gonzalez’s film eventually identifies that the killer is Guy (Jonathan Genet), a young man whose traumatic sexual history was co-opted by Anne for a blue movie. This reveal confirms that the film doesn’t condone the “sex equals death” equation in such black and white terms. Gonzalez, who also wrote the script, has a clear interest in exploring the cyclical nature of trauma and the malleability of memory and history, up to and including when it is captured on celluloid and projected on the big screen.

And yet…despite the attempt to remove the fatalistic connotations of queer desire, even the film’s climax, set in a pornographic theatre that caters to anonymous gay encounters, becomes a site of danger. Not only does Guy nearly murder Anne’s new star in the blackout room, he is killed in performative – and reflexive – fashion: on stage, by the queer audience watching Anne’s revisionist film version of his tragic tale.

It’s the perfect synthesis of Gonzalez’s thesis about the cycle of trauma. It is also a subtle condemnation about the dangers of cruising sites and the propensity for members of the queer community to kill each other (eerily foreshadowing the arrival of the AIDS epidemic in the following decade).

Even in the cathartic denouement, which finds murdered members of the film troupe revived and back on set, the staging and lighting creates a sense of artifice that suggests this is nothing more than Anne’s fantasy – a coping mechanism to mask the horrors of her own traumatic experience the audience has just seen play out.

Stranger by the Lake

Contrast this with Stranger by the Lake, which shifts the risky behavior from the margins to the center of the narrative. While Franck is clearly a likable and sociable individual, Guiraudie’s script never pretends that its protagonist has come to the nude beach and accompanying woods for anything other than hooking up.

On the surface Stranger by the Lake appears to be a relatively straightforward film. It takes place over ten consecutive days, starting with Franck’s initial introduction to both Henri and Michel and culminating in the series of murders that wraps the film. The fixed geographical proximity (the film never ventures away from the lake or woods) and relaxed pacing led some audiences to declare it boring or slow upon release, while the underlying tension created by Franck’s dogged pursuit of a known murderer prompted critics to compare the film to Hitchcock.

While there are lengthy interludes about Franck and Henri’s burgeoning (non-sexual) friendship, a substantial part of their conversation focuses on the politics that unofficially denotes acceptable behaviour within the homosocial community. Stranger by the Lake is not shy about nudity, so Henri’s refusal to completely disrobe is a source of tension, as is his distance from the other nudists and the fact that he doesn’t swim or engage in sexual activity.

These exchanges inform our understanding of the film, as well as queer cruising culture in general. Henri’s reticence to participate in the dominant cultural activity – sex – makes him an outsider and, to the other men, a threat. This is ironic given the fact that a murder occurs in the lake and barely causes a blip in attendance or extracurricular activity, a fact commented on by Inspector Damroder: “Two days later, everybody’s back cruising as if nothing’s happened. You guys have a strange way of loving each other sometimes.”

It is vital that this statement is made by an outsider. Damroder is not only an interloper within the closed community (a presumed straight man, like Henri), he is also quite literally there to police behavior. His critique of the queer community not only suggests that their response to trauma is problematic and abnormal, it equates cruising with the pursuit of love as though the two are mutually inclusive. This fundamentally misunderstands the purpose of the space, which acts as an outlet, a reprieve even, for the men to act upon their desires for anonymous, easy-to-access sex.

While Damroder’s observation is judgmental, there is a kernel of truth to it – or there is for Franck at least. Franck may be engaging in various sexual acts with strangers (in addition to Michel, he mutually masturbates with a man and, in a comedic sequence, he is sucked off by a persistent voyeur). Many of Franck’s encounters with Michel in the latter half of the film, however, concern Michel’s refusal to go for drinks or spend the night together.

In this way Stranger by the Lake acknowledges the contrasting priorities of participants of the cruising circuit: the desire for immediate, often anonymous, gratification commingled with the emotional need for a longer, more conventionally romantic relationship. The sad reality for Franck is that his desire for some good dick outweighs his instinct for self-preservation, which ultimately leaves him in a vulnerable, exposed situation at the end the film.

It should be noted that neither Knife + Heart and Stranger by the Lake (and by extension Gonzalez and Guiraudie) condemn or make a value judgment about the sexual needs or activities of the queer community depicted in the films. These are complicated, sexually charged texts that willingly engage in challenging conversations about the intermingling of sex and danger in the gay community. By centering the hunt for anonymous intimacy as focal points of the narrative (slightly less so in Knife, quite a bit more in Stranger), both films tackle the uncomfortable reality that in the gay community the opportunity to meet and fuck another man requires putting your life in their hands.

One final point for consideration is the fantasy-like aesthetic of both films. In addition to featuring an almost exclusively homosexual cast of characters, Knife + Heart and Stranger by the Lake are both removed from a contemporary historical context. Knife + Heart is set in the late 70s, the period immediately before the AIDS crisis forever altered the conversation about queer sex and risk. On the surface, Stranger by the Lake appears to be a modern film, but its idyllic, isolated setting is removed from any visual signifiers that connote a specific time (up to and including Michel’s commendable porn star facial hair). This could be 2013 or it could be the 1970s.

In both cases, gay sex is presented in a casual, non-fussy way that extends to the depiction of prophylactics. Protection in these worlds is either non-existent (Knife) or dismissed (Stranger). Despite the fact that both films take place in a reality-adjacent gay paradise, it is impossible to watch these queer-centric texts, which are so willing to interrogate the politics of “risky” sex, without the looming spectre of HIV/AIDS. This adds an additional layer to a reading of the films: despite the oasis-like removal of time and setting, the danger threatening these characters is simultaneously homicidal (from community members) and predictive (the implied health risk posed by disease).

As it stands, Knife + Heart and Stranger by the Lake are two of the most audacious, explicitly sexualized examples of contemporary queer horror. Both films stand in stiff resistance to watered-down North American entries that attempt (and often fail) to deal with “risky,” anonymous gay sex. The closest possible comparison is William Friedkin’s problematic 1980 entry Cruising, which is more interested in the “walk on the wild side” experience of its straight protagonist than fleshing out the interior lives or motivations of its queer characters.

In contrast, what we see in Knife + Heart and Stranger by the Lake is a willingness by Gonzalez and Guiraudie to interrogate and complicate queer desire in a candid, terrifying, and explicit fashion. That these films are challenging and nuanced and, most importantly, entertaining is laudable. Leave it to the French to give us politically conscious cinema hidden amidst a few choice meat tubes. 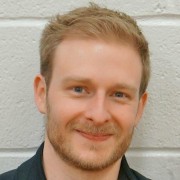