Hagazussa and The Historical Horrorshow of Being Branded a Witch Hagazussa: A Heathen’s Curse follows Albrun (Aleksandra Cwen), a reclusive 15th century single mother whose eccentricities invite mean-spirited glances and outright violence from the hate-filled townsfolk. Lukas Feigelfeld’s  2017 debut offers a frightfully atmospheric glimpse into the realities of misogyny-tinged superstition and scapegoating in the Austrian alps, pitting a village against one targeted woman.

In Hagazussa’s opening chapter, we’re shown that Albrun’s predicament is hereditary. Her mother, Martha (Claudia Martini), lives deep in the woods, husbandless and on the fringes of their rural village. The two women have the misfortune of being isolated at a time when isolation hints at deep-rooted strangeness; easy targets for a community in desperate need of someone, something, to blame. For what, exactly? For all that ails the 15th Century peasant: plague, poverty, and the failure of the incumbent church to do anything about the latter.

On a frigid night in December, Martha and Albrun are visited by a trio of torch-bearing figures dressed as Schiachperchten, the monstrous entourage of Perchta—a cross between a fertility goddess and Krampus. Split off from the Twelfth Night procession, the masked trio has come to drive off demons and evil spirits. “You should be burned down, you witches,” calls out one of the men through the jangle of bells. The irony that the trio are themselves outfitted in pagan garb—adhering to an ancient ritual out of fear of a hampered harvest—is beside the point. Albrun and Martha are strange women living alone and they are to be feared—and perhaps more fervently, to be hated.

The next day, Albrun’s mother collapses in the snow. Her kind face twisting into a skeletal maw and dark, blood-filled buboes blistering across her back. She soon expires feverish and raving in a puddle of phlegm and vomit. Whether the Schiachperchten inadvertently brought the plague or invoked the purgative power of Perchta is unclear. Either way, Martha’s bloated corpse lies rotting in a bog under the gnarled roots of an overturned tree. And so, Albrun is all alone, like her mother before her, the sole beneficiary of a garish and violence-courting inheritance.

When we reconnect with Albrun, she is wantonly bizarre: unsocialized, nonverbal, and in a constant state of sensory overload. Albrun’s world radiates with the menace, meaning, and metaphor of a lonely mind attuned to natural frequencies. She hyper-fixates on swaying tree canopies, spongy moss, and the soft give of supple skin. When snakes encircle her mother’s pallid body, it reeks of something portentous and sinister. There are resonances between the heaving belly of a goat and her dying mother’s shuttering fur bedspread. Auditory particularities feel overwhelming: the creak of floorboards, the wheeze of pained breath, the distinct snap of mushroom caps. Albrun’s experience of the world is a magical one. But the root cause of her sensitivity—if there is one root cause—is never clear.

Indeed, the specificities of Albrun’s oddity are muddy. Is there some dark truth behind her witchy ways? Or is her strangeness the culmination of a self-fulfilling prophecy? In the end, Hagazussa makes space for both supernatural and pathological explanations; squatting firmly in a swampy soup of insinuation and ambiguity. The film is patently uninterested in delineating the boundary between the real and the hallucinogenic. Is the throbbing malicious presence Albrun senses in the woods a primeval power or the anxious imaginings of a woman living alone in the woods? Does her mother’s painted skull truly whisper from beyond the pale? And what to make of the darkest moments of Albrun’s self-destruction, where her actions carry the unmistakable stench of ritual? By granting its occultist rumblings some air of legitimacy, Hagasussa is able to create a powerful configuration of folklore and all-too-real historical nightmares. The film is not interested in definitively diagnosing Albrun. Instead, Hagazussa’s keen eye is focused squarely on a far more terrifying thesis: a harrowing portrait of the kind of woman that history would paint into a corner and brand a witch.

Hagazussa is a horror film about being on the receiving end of superstition and accusations of witchcraft. Here, it is a generational curse; an affliction passed down from mother to daughter until Albrun decides, in a drug-induced haze, that enough is enough. She is a lightning rod for cruelty, denied friendship, and condemned by her community’s elders as a representative of all the people the church has failed to save. “Your secluded way of life,” sighs the craggy parish priest, “a way of life that already tempted many believers to touch the darkness [is] a touch that sprung from sacrilege.” The irony here is thick: that those who claim to carry “God’s light” in their hearts should treat a fellow human being this way. It is heavily implied that both Albrun and her infant daughter are the products of sexual assault. And when Albrun is raped again at the film’s climax, her assailants see justice in their actions because their victim is a heathen. It is not solitude that threatens Albrun, but her peers who see her solitude and independence as both a threat and an invitation.

A scant handful of horror films have tapped into the true terror of historical witches, identifying inquisitions, witchfinder generals, and accusing mobs as the real horrorshow. In truth, Hagazussa’s cinematic lineage goes back about a century to Benjamin Christensen’s 1922 masterpiece Häxan, a proto-video essay that dramatizes the West’s superstitions surrounding witchcraft with alarming empathy. In almost all of its vignettes, Häxan explores the hypothesis that many historical “witches” most likely suffered from what modern society would now recognize as mental illness. But where Häxan condemns ignorance and cruelty with unhinged expressionism and a gleeful grin—addressing everything from elder abuse to sexual repression—Hagazussa is deadly serious.

Hagazussa goes one step further: eschewing documentary distance to put us in the shoes of one specific woman’s experience of being her community’s pariah. In the end, you cannot forgive the actions Albrun takes when she finally snaps. But here, context is everything. Hagazussa is a horror story about what it is like to be treated like the thing that goes bump in the night. Albrun’s heathen ways are a curse only in that they invite the ire of a community willing to push an unwell mind to its breaking point. That her story was a real one, shared by countless women across history, makes Hagazussa one of the most unsettling and horrifying cinematic explorations of witchcraft ever made. 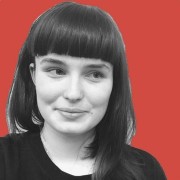 Meg Shields is the humble farm boy of your dreams and a senior contributor at Film School Rejects. She currently runs three columns at FSR: The Queue, How'd They Do That?, and Horrorscope. She is also a curator for One Perfect Shot and a freelance writer for hire. Meg can be found screaming about John Boorman's 'Excalibur' on Twitter. (She/Her).