The ‘80s were a great time for slashers, but a bizarre time for sequels completely unrelated to the films that came before. From Troll 2 to House II: The Second Story, not all were “good” films, but many have developed quite the cult following. One such film is Hello Mary Lou: Prom Night II.

Hello Mary Lou: Prom Night II is the 1987 follow-up to the 1980 film, Prom Night. While the first film was a straightforward, classic slasher, the sequel went in a very different direction by combining elements of Carrie, A Nightmare on Elm Street, and The Exorcist. Despite the abrupt change in horror subgenre and overall style, Hello Mary Lou: Prom Night II has in many ways become more popular than its predecessor. It’s also a fascinating Uterus Horror film that fits into the subgenre in multiple ways.

Written by Ron Oliver and directed by Bruce Pittman, the film begins by introducing Mary Lou Maloney (Lisa Schrage) in 1957. Mary Lou is every conservative man’s worst nightmare, especially as a teenager in the ‘50s. While she might not be the kindest person, she is opinionated, independent, confident, and very sexually free. Unfortunately, this is what leads to her demise.

On prom night, Mary Lou is caught by her boyfriend, Billy (Steve Atkinson as “Young Billy”), fooling around with another guy named Buddy Cooper (Robert Lewis as “Young Buddy”). After she ditches her boyfriend for the new guy and wins Prom Queen, Billy decides to get revenge by throwing a stink bomb on the stage during Mary Lou’s crowning moment. Unfortunately, the lit fuse causes Mary Lou’s flammable prom dress to ignite, burning her alive on stage as everyone watches in horror. Mary Lou’s Prom Queen crown and sash are locked in a trunk at the school, hidden away like a dirty secret.

30 years later, at the same high school, we meet Vicki Carpenter (Wendy Lyon). In many ways, Vicki is the exact opposite of Mary Lou. She’s kind, bubbly, and she’s in a loving relationship with her boyfriend, Craig (Louis Ferreira). Not only that, but Vicki seems to follow the rules of her conservative parents, giving off a very virginal aura. The one thing these young women do have in common is that Vicki has been nominated for Prom Queen.

While looking through old theater props and costumes, hoping to find something she can use to make a new prom dress, Vicki opens the trunk and finds Mary Lou’s crown and sash. Later, while Vicki’s friend is alone after school cleaning the crown, she accidentally knocks one of the jewels out. This unleashes Mary Lou’s vengeful spirit. Her ghost kills the poor young woman before the jewel adheres itself to the crown.

Mary Lou’s spirit almost immediately attaches itself to Vicki. At first, it’s shown in small moments, such as when Vicki uncharacteristically snaps and swears at another girl. Shortly after that, Vicki starts to see horrible hallucinations around school. Things only get stranger for Vicki from there.

Mary Lou’s vengeful spirit likely connected to Vicki for the following reasons: Vicki was the one to find the crown, Vicki is nominated for Prom Queen just like Mary Lou was, and Vicki’s boyfriend is the son of Mary Lou’s ex-boyfriend, Billy, who is also now the principal (Michael Ironside). Yet what might be the most important reason for their connection is that they encounter each other at a time in Vicki’s life when she is becoming her own woman and discovering her sexuality.

While Mary Lou’s ultimate goal is clearly to relive her crowning moment and get revenge on those who wronged her, by using Vicki to reach that goal, we see a young woman coming to terms with her innermost desires. The first glimpse of this is when Vicki is putting on makeup at her vanity. It’s more makeup than we have seen her wear up to this point, and as she lacquers on the vivid red lipstick, her eyes suddenly change to the icy blue of Mary Lou’s. Vicki quickly snaps out of it, aggressively wiping away the lipstick.

After Mary Lou fully possesses Vicki, the audience gets to see Vicki experiencing all the things she would have been too afraid to do before. “Possessed Vicki” tells the priest (Richard Monette), who also happens to be the same guy Mary Lou cheated on Billy with, there’s no God or Heaven before killing him. That is only the beginning of her rebellion. At school, Vicki’s not-in-control reign of terror continues as she lights a pervy teacher on fire, kills Vicki’s friend Monica (Beverley Hendry), and tries to sleep with Craig in the prop room. At home, after getting ready for prom, Mary Lou even makes Vicki passionately kisses her own father. When her mother catches them in the act, and tries to keep Vicki from leaving the house, she uses her powers to throw the woman through the front door.

While Mary Lou is obviously using Vicki to get revenge and relive the moment that was taken from her, these actions show Vicki acting out things that would normally be considered taboo. Vicki would never swear, blaspheme, or act out sexually under normal circumstances. Even though Mary Lou is presented as the villain of the story, she is only a villain because of the society around her. Insecure men were threatened by her, which led to her horrific death. If she had been able to live her life, perhaps Mary Lou would have grown to be an atheist, feminist, sexually fluid icon. Since that was taken from her, Mary Lou lived vicariously through Vicki, allowing this repressed young woman to get a taste of what life could be like if she was free of the shackles of societal norms.

Billy is the antithesis of Mary Lou. The conservative boyfriend who killed Mary Lou, albeit accidentally, and tried to erase her memory. Billy is a representation of the patriarchal society Mary Lou was trying to break free of. It is quite fitting that he would become a principal, where he could instill his beliefs and rules on future generations. Mary Lou’s return and quest for vengeance is poetic as she shatters the tidy little world Billy has created for himself since her death. Even more poetic is that Mary Lou ultimately leaves Vicki to possess Billy. Now Mary Lou has the position of power to do with as she pleases, something she deserves after Billy stole her life from her.

Is Mary Lou perfect? No. She killed people, some of whom were innocent. Yet it’s easy for anyone to understand, especially women who have been beaten down by the whims of men, why she did all those terrible things. Mary Lou is the physical, and ghostly, embodiment of what men fear. It makes her revenge especially delicious. While Vicki’s role is mostly involuntary, Mary Lou still helped her to broaden her horizons and experience things she would have been too afraid to experience on her own at a pivotal time in her life.

Mary Lou is yet another wonderful example of a Uterus Horror character. She can be seen as both a villain and an icon, depending on your point of view, alongside other greats such as Carrie White, Ginger Fitzgerald, and Jennifer Check. All these iconic women of Uterus Horror disrupt the status quo of the patriarchal world we are forced to live in. Mary Lou is horror’s patron saint of sexuality and vengeance, who empowers women and strikes fear in the hearts of men. 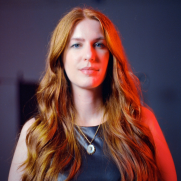